Su Yuehan and Li Chengfeng brought their horses to a guesthouse to be parked at their stables. Due to Li Chengfeng’s performance, no one dared offer him exorbitant prices.

The streets at the entrance of the sect were as busy as a small town. BUsinesses were well-established here, selling all sorts of daily necessities, food and drinks as well as magical items and ingredients. Chengfeng and Yuehan were almost overwhelmed by the variety offered here.

After strolling the shops, they followed the steps up the mountain. Su Yuehan’s brows remained tightly furrowed as if she was thinking hard. She couldn’t help but ask, “Young Master…”

Anticipating her question, he replied, “Are you still trying to figure out how I spat out so much blood?”

“You’re not actually injured, are you? That would be bad. While you have the golden invitation, you still need to take an examination at the ceremony.”

He smiled. “Why would I injure myself over two swindlers? I used this…” He tossed something at her.

Su Yuehan caught the object flying at her only to realise she was carrying a pouch of blood. It was sealed with stitches and still had blood sloshing inside.

She gasped, “You carry this around with you?”

“I started to roam the streets at ten years old, how would I earn a living if I did not have a few tricks up my sleeve?”

She pursed her lips. “You speak as if you’re one of those swindlers and scammers.”

“But I think you’re quite well-read, you’re very different from those filthy-mouthed, vulgar gangsters.”

“If you want to roam the streets, you must study at least a little or other people will look down on you if they think you’re uncultured. But if you don’t have a few dirty tricks on you, you’d get bullied very often.”

She huffed. “More like if you don’t have a few tricks on you, you won’t be able to cheat their money, right?”

Chengfeng did not get upset and instead laughed.

Both of them chatted happily up the mountain. After about five hundred metres, they suddenly saw a large empty space amongst the dense forest. There was a vast platform with four pillars at each corner. Each pillar had a stone-carved object at the top, which was the four items on the flags he had seen at the foot of the mountain: a sword, a cauldron, a hairpin and a scroll.

Li Chengfeng and Su Yuehan looked at each other with anticipation.

When he reached the platform, he realised the four stone pillars were huge, about forty to fifty metres tall. His neck hurt just to look up at the top.

The platform was filled with people. He estimated about two to three thousand of them, given how close they stood from each other.

There was a stone stage at the centre with two levels, each level about three metres tall. The tallest level stood an old man in long robes. He had three blue stripes on his sleeve and a beard that reached his chest. He stood with his eyes slightly closed, his cheekbones tall on his sunken face, laugh lines as deep as ravines extending to the corner of his mouth, the corner of his lips turned down into a solemn, regal expression.

In the middle stood the only female cultivator. She looked down with a sharp glare filled with arrogance and contempt. There were also two green stripes on her sleeve, this was the cultivator Ah Xiu from before who was with her Grand Senior Sister.

Although all their expressions varied, they looked handsome in their positions especially because a magical item floated by their sides, which were a metal ruler, an Emei Thorn and a jade seal respectively. The magical items floated gracefully by their sides, attracting a lot of attention.

At the bottom of the steps stood a cultivator in long cultivator robes with two green stripes on his sleeves. He was Sun Boyi. 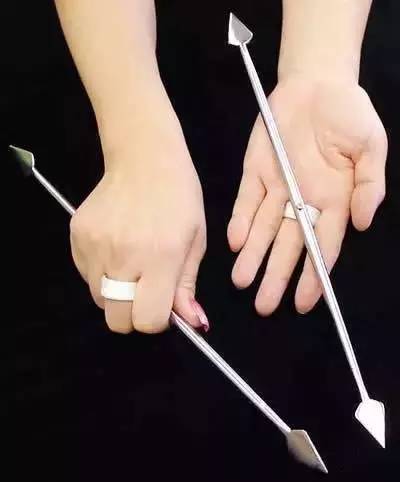 Li Chengfeng’s heart raced as he looked at the floating magical items. When would he be powerful enough to own magical items to protect his family?

A sudden order rang across the square like a drum. It was not loud but the low voice was sonorous enough to make one’s chest reverberate. The conversations and whispers in the crowd fell silent.

The person who spoke was Kong Yunzhen of Hidden Brocade Court. He squinted his eyes, scanning the crowd with his sharp gaze. “The great ceremony of the Spiritual Mountain Sect begins today. It is only the nature of life that new blood must be injected into every system, that is the only way the Spiritual Mountain Sect will live on and prosper! The sect is looking for prodigies and talented individuals today, I hope you will work hard for the positions. The path of cultivation is long, this is only the starting point!”

The crowd was silent, everyone looked at Kong Yunzhen with passion in their eyes. Although there was no flying magical item around him, the fact that he was standing on the highest point of the podium stage told them everything. Everyone dreamt of being him, standing high above the crowd.

“The selection process has three levels. Anyone who passes all three levels will be recruited by the sect immediately. You may choose any court other than Hidden Beauty Court, thus selecting your cultivation direction. Anyone who passes only two levels has to be chosen by the courts, and there is a possibility of not being chosen at all. Anyone who only passes one level will also have to be picked by the courts, though the chances are slimmer. Failing all three tests means you do not have the qualifications to be a cultivator and I suggest you become an academician instead!” Kong Yunzhen explained slowly. Everyone strained their eyes and ears, afraid to miss a word.

“These three tests will determine if you will be respected by the masses!” Kong Yunzhen’s voice was cold and stern, everyone could not help but straighten their backs and looked around at the crowd with enmity.

“Although there is a saying that everyone is good at something, there are still certain requirements to meet for you to be a cultivator! Just like there are many classes in society, even mortals are all on different levels of capability! You will determine your realm of success within these three tests! This is all I have to say, I wish you all the best!”

When he finished, Sun Boyi at the bottom of the podium stepped forward and announced with a loud voice. “All test candidates, please step forward! Servants and partners, do not follow. No luggage is allowed either!”

Half of the crowd stepped forward. Li Chengfeng and Su Yuehan looked at each other. She took his bag from him. After some thought, he decided to sneak some dried meat and a small water pouch out, hiding it in his clothes. Su Yuehan carefully helped him to hide them and shook her fist. “You can do it, Young Master!”

He nodded slightly. Since he had the golden invitation, he was much calmer than most of the people here. He did not notice when a stream of blue light flowed from Su Yuehan’s fingertip into his body with a touch, then disappeared.

Her expression remained the same but the hand gripping his bag was secretly holding a mudra.

Stepping forward with the rest, Li Chengfeng looked around. There were about a thousand people though girls were extremely rare, fewer than twenty.

Li Chengfeng knew that not everyone could qualify to even participate in the great ceremony. Any ordinary farmer’s child could not even enter here, let alone take the tests.

These families must be able to afford the yearly offerings in order to qualify for the test. If they failed this time, they could take it again the next round until they died or gave up. Those who could not afford the offerings must be recommended by their local officers. This person must have made great contributions and held great virtues in order to be here.

If not, if any illiterate, vulgar person could enter the sect, he might not even be able to read the labels on diagrams, let alone comprehend cultivation philosophies. How would he cultivate then?

Although there were only one thousand people, these were the elites of their local regions. Competition would be intense in the next three tests.

It was deeply embedded in their culture for girls to be more inclined to the arts and literature. There were few families who were willing to let their daughters leave their families for cultivation, plus even fewer girls wanted to cultivate. In the end, the girls who could actually qualify for this were rare.

After these people stepped out, Sun Boyi looked at them and announced, “I know that some of you have the golden invitation, and you have heard that you can skip tests with the invitation. Today, we hereby announce that all privileges that come with golden invitations are cancelled!”

Talk to me on Discord here // Glossary here (this is just a super simple list, anyone who wants to make a proper one pls hmu you'd do it better than me)

next chapter in 24 hours!