My Wife Is a Beautiful CEO - Chapter 723


It was already dawn when he arrived home. Yang Chen didn’t expect to be out for a day and a night.

It was funny just to think about it. An unemployed, good-for-nothing lad like him should be carefree. He should be playing video games all day. Sadly, there was always some problem he needed to solve. He couldn’t even find time to rest.

He got off the car, slowly walking towards the gates.

Theoretically, he shouldn’t have been this exhausted given his abilities. Yang Chen felt that this matter took a huge toll on himself as if his heart had suffered through a dreadful thunderstorm. Suffice to say, he was completely spent.

He hadn’t even solved Mo Qianni’s problem, and Liu Mingyu got detained. There was that problem with Li Ming and Wu Yue. Then he needed to deal with Luo Cuishan. And right in this very yard, Lin Ruoxi and himself had separated just last night…

Yang Chen was very worried. He was seriously contemplating taking a long holiday to calm his nerves.

The gloomy silhouette emerged from the thin veil of morning fog.

He opened the door, then entered the hall. Yang Chen wanted to head upstairs for a shower before breakfast. He didn’t think there was time for sleep.

However, once he stepped into the hall, a pink figure jumped in surprised from the couch!

Disheveled, Lin Ruoxi was standing barefooted in her nightgown, staring at the man as if she had something to say. Her eyes were swollen, with dark circles around them.

Their eyes met for a moment. Yang Chen said in panic, “Please don’t tell me you stayed up all night.”

Lin Ruoxi had waited all night, and she’d forgotten her initial worries as soon as she saw her man home. Joy, anger, and grief surged from the depths of her heart.

She made a few steps toward Yang Chen. “You… Please don’t be angry… Please…”

Is she here because she’s afraid that I wouldn’t want to come home? Yang Chen smiled bitterly. With all the chaos that took place last night, he’d forgotten to call home.

Yang Chen felt so bad when he saw her pale face. He assured her with a low voice, “Don’t overthink. I made a mistake, I didn’t call. You should rest. Yu Lei’s problems are already dealt with so you can rest now.”

Lin Ruoxi shook her head. “You haven’t given me an answer yet. Please don’t be mad, okay? I know I have tendencies where I say the wrong thing. I felt so bad I couldn’t sleep.”

“You're lying!” exclaimed Lin Ruoxi miserably, “If you weren’t angry, then why were you out all night?”

“Yang Chen!” Lin Ruoxi bit her lip, “Don’t act all casual and wave it off just like that! I’ll feel worse! I promise to tell you everything so you wouldn’t worry, and I will think before I speak. Please believe me, okay? Or do I have to beg on my knees for your forgiveness?”

Yang Chen could only stare in shock for a moment, then he broke into a smile. He seemed to be laughing at himself as if he’d thought of something funny.

Bewildered, Lin Ruoxi looked at him. “You… What’s so funny? I’m being very serious.”

He waved her off. “Sorry, I just recalled how I was always the one begging for your forgiveness. I’m not quite sure what to do now that the roles are reversed.”

Lin Ruoxi’s cheeks reddened with embarrassment. “I’m not one of those unreasonable women. I’m in the wrong, so of course, I’ll apologize.”

“Sigh…” Yang Chen sighed deeply. He scratched his head and then said, “Ruoxi, let’s not talk about begging me for forgiveness, alright? It’s not like we’re meeting for the first time. I know your personality. I left because I was an emotional wreck. I’ll admit what you did made me mad, but I was too tired to stay angry.

“Feelings aren’t bank loans. It is not an eye for an eye.

“Then again, you are my wife. No matter what you think of me, how can I stay mad? How can I live my life angry with you all the time?”

Lin Ruoxi was surprised. Relieved, she said, “You… Are you really not upset anymore? Then why didn’t you come back last night? I thought you really left for good. That you weren’t planning on coming back.”

Yang Chen smiled awkwardly. “Something came up last night. Honestly, the whole of last night passed by in a hazy blur.”

“Oh…” Although she was curious, Lin Ruoxi didn’t dare to ask any more questions. She suddenly realized she’d never said these words out loud in the past twenty years. Her cheeks felt warm again. Clenching her nightgown, she lowered her head to avoid looking at Yang Chen.

Yang Chen sighed in relief after comforting Lin Ruoxi. They still had their whole lives ahead of them. Holding grudges over something so small was not a priority.

Lin Ruoxi recalled something Guo Xuehua said. So in accordance, she gently asked, “Are you hungry? I bet you haven’t had your breakfast yet. Let me make you something, okay? Wang Ma taught me how to make egg biscuits. I’ll whip something up.”

Yang Chen revealed a look of surprise, then grinned. “It’s alright, I want to take a shower and rest for a bit. We can eat later when we’re more well rested. Aren’t you sleepy too? Go get some rest.”

Yang Chen wasn’t used to this gentle, doting wife at all. Lin Ruoxi used to be sharp and cold. He couldn’t believe it.

Is she in shock? Yang Chen didn’t think much into it. He scratched his head, smiled at Lin Ruoxi, then went upstairs.

Yang Chen immediately dashed into the bathroom to take a cold, refreshing shower. He wiped himself dry, then walked into the bedroom, naked, to put on some clothes.

His sharp ears heard a sound outside his room. It was Lin Ruoxi’s footsteps.

He stopped for a second, then grabbed a random pair of trousers. “Oh, what’s up?”

Lin Ruoxi carefully opened the door and entered the room. Seeing Yang Chen in a pair of shorts, Lin Ruoxi’s face was very red. However, she didn’t flinch. She held up a pile of clothes. “These are your clean things. I’ll bring your dirty clothes downstairs once you're done.”

Yang Chen stared at the woman, speechless. Lin Ruoxi had been doing his laundry for a while for a while now. Sometimes he didn’t think about it much, but his closet was also neatly arranged by her. Then again, she’d changed the sheets, then the inner soles of his shoes. All the little things in the house. Lin Ruoxi was indeed making changes herself.

Alone, these acts might seem a little random and insignificant. But over time, it all adds up to something sweet and thoughtful.

Lin Ruoxi didn’t know how to react to Yang Chen’s shocked silence either. She walked to the closet and neatly hung his clothes.

Yang Chen put on a shirt and sat on the bed watching Lin Ruoxi work. He thought she would leave but unexpectedly, she turned to look at him.

They were alone, and it was quiet. But Lin Ruoxi didn’t know what to say.

Should I sit next to him? What if he wants to do it? No, that’s impossible. Didn’t he say he only wanted to do it after our wedding? But… What about a kiss?

Forget it, it’s not like we haven’t kissed before. I’ve already given everything I had to him. Like Mom said, I gotta do more while I’m still young.

Lin Ruoxi had a thought. Slowly, she walked right up to Yang Chen’s bed.

Yang Chen was worried. She had a funny expression. He wouldn’t have imagined that she was mustering up the courage to make a move!

When Yang Chen was confused, his phone vibrated on the nightstand.

The rude interruption made Lin Ruoxi stop suddenly. Her face was as red as the sunrise, and sweat sprouted from her forehead. Panicking, she grabbed the pile of dirty clothes and dashed out of the door like a terrified rabbit! 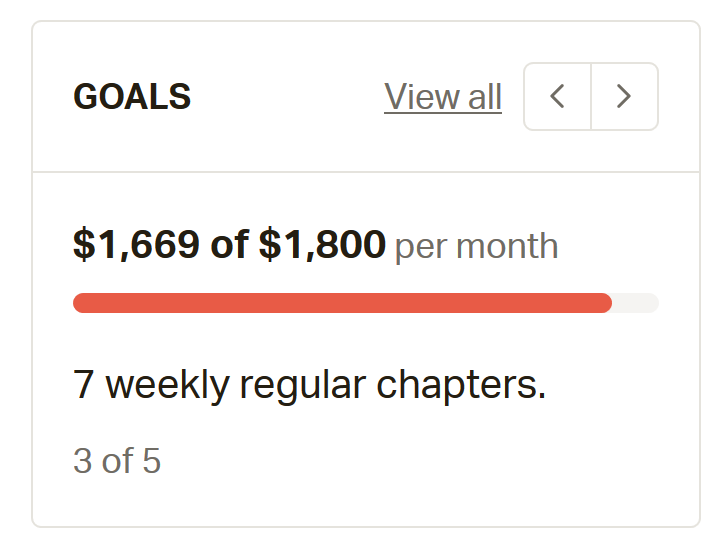