My Wife Is a Beautiful CEO - Chapter 725


Ning Guangyao sat in the study room of his mansion, depressed. He hadn’t slept all night.

What’s worse was that they weren’t able to keep this issue under wraps. After all, Luo Cuishan was a high-ranking official. Her disappearance wouldn’t go unnoticed by her employees even if he tried.

All night long, the Luo clan and government officials had been calling him non-stop. Even Ning Guodong, his son who hadn’t been home for a long time, was busy hiring people to look for Luo Cuishan.

Unfortunately, there was still no news of Luo Cuishan’s whereabouts.

It was all because Luo Cuishan said she was going to help Yu Lei!

Ning Guangyao nearly pounced on the phone, asking, “Any news?!”

It was the assistant of one of Ning Guangyao’s staff. He said respectfully, “Sir, there is someone on the line saying something about madam. Please check your personal mail.”

Ning Guangyao frowned. Personal mail? Still, he did as told after the call was ended.

Very few knew of the existence of this email address. After signing in, Ning Guangyao immediately saw an anonymous mail. It was delivered recently. The address of the sender was empty. They must have hacked into the account. Attached were a document and a video.

Ning Guangyao was disturbed. The sender wanted to mail him privately instead of allowing someone else to forward the message to him. Hence, the email must have contained something for his eyes only. After calming himself down, he downloaded the folder and opened it.

Half an hour later, Ning Guangyao’s face fell after watching the video.

“Cuishan, Cuishan…” muttered Ning Guangyao. He could only stare. His eyes were filled with indescribable emotions.

Meanwhile, in Zhonghai, the light of the dawn pierced through the fog that accumulated in the night. Fresh air flowed through the green gardens.

The smell of breakfast filled the living room. Wang Ma and Guo Xuehua were busy in the kitchen. Peals of laughter could be heard.

When Yang Chen was done assigning the tasks to Molin, he went downstairs for breakfast.

“Good morning Brother Yang!” A playful voice came from behind, a pair of slender arms wrapping around Yang Chen’s waist. The room was suddenly filled with a sweet fragrance.

Yang Chen turned his head, pinched the girl’s cheek, then said, “Sigh, you’re so sweet. I don’t need a daughter when I already have you.”

Zhenxiu pouted. “I will not be your daughter!”

Zhenxiu made a face, then unwrapped her arms to run downstairs. She sat at the dining table, happily eating her breakfast.

Finally, Zhenxiu wasn’t as stiff and cautious as she was before. Everyone had been very kind to the girl, welcoming her into the family.

Nonetheless, Yang Chen also felt that it was largely due to the Starmoon Group in Korea.

Although Zhenxiu was unwilling, she felt less inferior because she was now much more comfortable with her position. She understood she wasn’t just a helpless orphan. After some counseling by Yang Chen, she was much more open to her family from Korea.

When Yang Chen sat down to begin eating, he saw Lin Ruoxi walking down the stairs slowly. She wore a layered violet dress.

The dress showed off her shoulders, then her white and slender calves. She looked so attractive from the bottom of the steps. After some brushing, her long black hair cascaded beautifully down her back, perfectly framing her pretty Asian features. She was a specimen of classic beauty indeed.

Even though he had been seeing this for a year, Yang Chen was still stunned. “Honey, are you going to work looking like this?”

When Lin Ruoxi saw him, she secretly delighted at his response. She had showered and changed immediately after arriving before coming downstairs again.

“Does it look good?” asked Lin Ruoxi shyly, taking a seat. She was a little awkward, refusing to look directly at Yang Chen.

Yang Chen was speechless for a moment. He didn’t expect her to ask him so gently for a compliment.

Zhenxiu, who was sitting next to them laughed. “Sister Ruoxi, how can Brother Yang answer your question? You should ask if there was a day where you were not beautiful. Now that’s an interesting question.”

Lin Ruoxi smiled, then passed a fried egg to Zhenxiu with her chopsticks. “You’re so sweet. Eat more, you need your nutrients for your exams next week.”

Zhenxiu nodded happily. “I just want to get it over with. Academics aren’t for me, it’s torture.”

Yang Chen thought for a minute, then said, “Oh yeah, about the exams. Tang Tang also needs to sit for it too. Zhenxiu, do you know Tang Tang?”

Zhenxiu blinked, then said, “I know her, but we’re not in the same class. I think she applied for leave since I haven’t seen her in school for a while.”

“She’d gone back to Beijing with her mother. You need to beat her in your studies. She’s so arrogant! You need to help me put her back in her place!” Yang Chen grinned.

Confused, Zhenxiu asked, “Brother Yang, how did you know that? And you even know where her mom is?”

Yang Chen suddenly realized that it was not the right time to talk about it. Lin Ruoxi was still seated next to him. Yang Chen laughed, embarrassed. “I’ve helped her mother with something in Beijing once, nothing much… Heh...”

This sentence was meant for Lin Ruoxi. Although she would find out sooner or later, Yang Chen didn’t want to bring up Tang Wan after they had just talked about the Cai sisters.

Lin Ruoxi didn’t seem to have any comments though. She just laughed and said, “We will send Zhenxiu off for her exams together when the time comes.”

Then, Lin Ruoxi proceeded to take Yang Chen’s bowl without a word, even serving him some porridge. She then placed two plates of Yang Chen’s favorite dishes in front of him, casually saying, “Have some. Why are you looking at me like that?”

Yang Chen was still staring in shocked silence. Shouldn’t Lin Ruoxi be raging over the mention of Tang Wan by now?

After some time, Yang Chen felt like her actions were too odd. If he wasn’t sure, he would’ve thought it was someone else pretending to be Lin Ruoxi!

Before he could eat a few more spoonfuls of porridge, he almost choked.

Hubby?! Why did she call me honey again?! thought Yang Chen, astonished.

Yang Chen pursed his lips to stop himself from spraying porridge across the table. Bewildered, he lifted his head to look at his gentle wife, swallowed the food in his mouth, then asked, “Ruoxi, are you playing games again? Is this going to be like last time? If it is, please stop… I can only go through something like that once.”

The last time Lin Ruoxi played the role of a doting housewife, the entire family shunned him. He remembered it very clearly.

However, she only looked disappointed. “I didn’t mean that. I only thought I’d accompany you at home because you’ve been working so hard lately. Just let me know if you’re uncomfortable, I’ll do whatever you want.”

Yang Chen hesitated for a while, then asked, “Are you really not going to work?”

“Yeah,” she said. “The hard part is now over. Everything else will be handled by the staff. With my mentor Chris there to help, there won’t be a problem.”

Yang Chen was startled. He then nodded and said, “Oh so that’s why you suddenly invited Chris over, all the way from the US. It was to prepare for Li Minghe’s departure. Once he leaves, Chris will temporarily fill in so the manager position wouldn’t be left empty. Good one.”

Her beautiful brows furrowed a little. “Hubby, let’s not talk about business at home. It’s a holiday, let’s just eat.”

This shocked Yang Chen again. Did the workaholic just say she wasn’t interested in work?! Was this the Lin Ruoxi he knew?!

He watched Lin Ruoxi call Wang Ma and Guo Xuehua over to eat with them, even running to the kitchen to help out. She was a full-blown perfect daughter-in-law, acting as if this was a daily occurrence for her!

Yang Chen was confused all throughout breakfast. What’s going on? he thought.

It was a rare holiday for Lin Ruoxi, so she offered to drive Zhenxiu to school. This made Yang Chen even more confused than before.

As they watched Lin Ruoxi and Zhenxiu exit the gates, Guo Xuehua couldn’t hold her laughter anymore. She covered her mouth, then asked, “Son, what do you think of this Ruoxi?”

He finally understood. He smiled bitterly, “Mom, what did you say to Ruoxi? No amount of guilt-tripping would have garnered such a change.”

Guo Xuehua said happily, “You will never not need my help. As your mother, I only guided Ruoxi a little, allowing her to understand how important it is to appreciate her youth. It’s important to maintain the relationship between husband and wife, or you’ll be a miserable old person. A little wisdom goes a long way. Especially with pretty girls.”

Yang Chen’s questions were finally answered. He didn’t know if he should cry or laugh. He wanted to say something, but he shook his head.

On the other hand, Lin Ruoxi was on her way with Zhenxiu to her school. Although there was only a week left until her exams, Zhenxiu still wanted to study at school. She claimed that the atmosphere there was more conducive.

In the car, Zhenxiu stole a few glances at Lin Ruoxi. She smiled sweetly and asked, “Sister Ruoxi, you’re a little different today. Did you finally plan to firmly claim Brother Yang’s heart?”

Lin Ruoxi’s hands on the wheel shook a little, her face turning red. “You’re still young, there’s so much you don’t know.” She didn’t deny nor confirm the statement.

“I’m not a kid anymore, I have an ID!” Zhenxiu pouted, then smiled mischievously. “Sister Ruoxi, do you want me to teach you some killer moves? According to my experience, men like Brother Yang would fall at your knees if you used them!”

Lin Ruoxi glared at Zhenxiu unhappily. “Nonsense! It’s none of your business! And I’m driving!”

However, Lin Ruoxi, her eyes still on the road, calmly said, “But… you can talk. I’ll just listen. Treat it as a mental health inspection for you…” 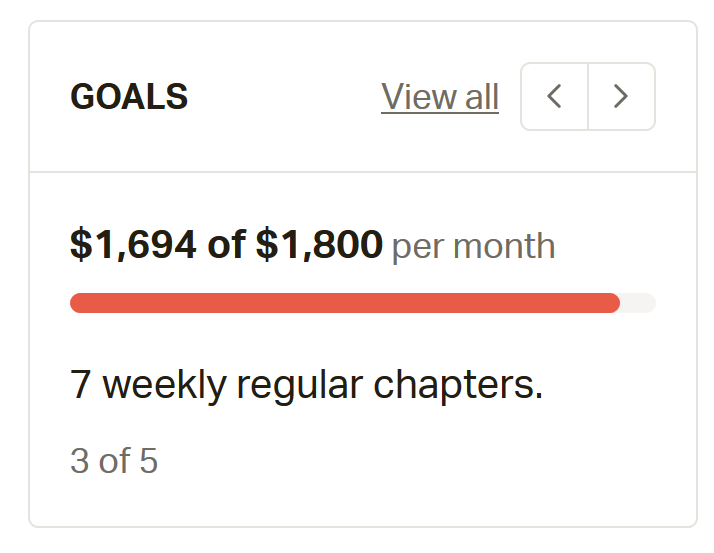