My Wife Is a Beautiful CEO - Chapter 736


Cripple thought carefully about the situation while looking suspiciously at Yang Chen. Then, he looked up angrily and yelled, “Hey, what are you looking at?! Haven’t you seen people like us before?! I’ll beat you up if you stare for one more second!”

He even waved his pouch threateningly at Yang Chen!

Cripple huffed, “Why do you care?”

“Of course I do.” Yang Chen studied Cripple from head to toe, then continued, “Because I was the one who made her like this.”

Cripple felt uncomfortable as if the man’s gaze pierced through his soul.

“Wha—what do you mean?” He was starting to get worried but showed no fear on his face.

Yang Chen shrugged. “I wanted this woman to hit rock bottom. But you feeding her is quite the opposite, don’t you think?”

Luo Cuishan was shaking now, venomous hate festering in the depths of her heart out of desperation and bitterness. She still didn’t dare to look at Yang Chen, because the horrors this man had brought were far from anything she could imagine!

Cripple eyed the shaking woman. His eyes flashed in rage. He then clenched his jaw and puffed his chest before saying, “So what?! I like giving her food! What are you going to do about it?! You can break my good leg and I’ll still crawl to beg for food, I might even roll!”

As Cripple shouted, he looked like a sickly wolf yapping at a majestic lion, refusing to back down!

Luo Cuishan finally looked up, teary-eyed, to see the man who couldn’t even lift a leg stand up for her.

Yang Chen was now very amused. He grinned and asked, “Who is she to you? Why are you protecting her?”

Cripple replied, indignant, “Because I can! No reason!”

Cripple’s expression froze. Stiffly, he asked, “And what about it?”

Yang Chen understood now. He nodded and replied, “I understand… Alright, I’ll leave but please heed my warning. You’ve made steps that you will never be able to retrace. After all, you only have one leg.”

Cripple’s heart shuddered. “Be careful? Of her? I gave her food and water, you think she’d harm me? Look at you, treating a woman like this! I might not be a good person, but at least I’m not as cruel as you!”

Cripple gulped, then laughed, “You think you can scare me?”

“We’ll see.” Yang Chen turned around. As he walked, he warned, “I just want to say, I don’t just scare people…”

After watching Yang Chen leave, Luo Cuishan slowly looked up at the young homeless man. He was at least twenty years younger than herself. “Why are you doing this?”

“What?” Cripple was puzzled.

“Why did you feed me, give me water, and even stand up for me?” Her eyes searched for an answer behind strands of dirty hair.

Cripple looked away. “Why does it matter? I just wanted to.”

“Are you pitying me?” She snorted coldly. “I don’t need your pity.”

“Pity? Haha…” Cripple laughed, “I am a beggar and a cripple. If anything, you should pity me. You still have both hands and feet with you, why would I care?”

He continued, “Why are you so suspicious? I just wanted to do something nice, that’s it! If you think it’s annoying, just tell me!”

When he finished, he looked frustrated. He limped out of the alley without turning back, as if he couldn’t stand to spend another minute with Luo Cuishan.

She was sat, stunned for a moment. Then, she wiped away two streams of tears she didn’t know were there.

She looked down at the bun she dropped on the ground, then picked it up carefully. She swept some dirt off then, with shaking hands, brought the bun to her mouth.

Grey clouds gathered above the city of Zhonghai. The rain which was pouring down didn’t seem to let up.

During Yang Chen’s drive home, he did not give too much thought about Luo Cuishan and Cripple. To kill or not to kill? For a character like Cripple, it wouldn’t make much difference. He might attract even more trouble being alive. Yang Chen felt like Ning Guangyao would be uncomfortable if he knew Luo Cuishan was living like this. Yang Chen didn’t like him either. He was a father who didn’t even want his daughter.

Yang Chen’s mind was replaying little moments he once shared with Mo Qianni. Her kindness, her resilience, her focus, and her determination were all etched deeply into his mind.

Let go? How could he?

However, Ma Guifang’s words worried him. Could he really provide her the life she deserved?

Legally, it shouldn’t be too difficult to make her his wife. They only had to change their nationalities on paper. However, how would people treat her?

Yang Chen didn’t think it would be easy to bring his women to another country either. Their family ties and lifestyle would be obstacles. The women didn’t live for him either, they had their own lives.

When he thought of how Ma Guifang was bullied, and couldn’t even stand up for herself, his heart ached. He felt true fear that one day Mo Qianni would be treated the same.

The deeper the love, the more painful it is when problems arise.

Soon, he arrived home. Yang Chen opened the door to the smell of cooked food. He was taking off his shirt when Lin Ruoxi, wearing a light-blue spaghetti-strap dress and a pink cartoon apron, slowly brought a huge pot out.

Zhenxiu had bought that apron one day after school, saying it was a present for Lin Ruoxi. Although she kept it, she didn’t dare to wear it. However, it looked like she was in a very good mood recently. Thus, ignoring the weird looks from Yang Chen and Zhenxiu, she wore this bright apron cheerfully.

“Let me.” Yang Chen took the pot from his wife’s hands, placing it firmly on the table.

She pouted. “It’s so hot, didn’t you feel anything?”

Yang Chen smiled. “Then darling, do you want to cool them down?” He brought his hands to her lips.

Lin Ruoxi avoided him as her face started to turn red. “You just got home and you’re already causing trouble. Wash your hands, let’s eat.”

Zhenxiu came down the steps. She had a few days till her college entrance exams, and she didn’t have to go to school anymore. She wanted to rest a little before going to battle.

The meals at home had been huge feasts lately. Zhenxiu was fed so well she was slowly gaining weight.

The family ate dinner happily. Zhenxiu told a few jokes, while Yang Chen added to her stories. He even slipped in a few innuendos in front of the elders, causing Lin Ruoxi to kick him under the table!

Yang Chen was enjoying the increasing closeness he felt with Lin Ruoxi. Although they weren’t sharing a room, which was Yang Chen’s idea, they would start sleeping together after the wedding. Being the man of the house, he couldn’t change his mind.

However, he couldn’t help but imagine how dinner looked like at Mo Qianni’s house. Did she eat with Rose and Ma Guifang? Was it just the three of them?

In his own future, would he ever have Mo Qianni by his side, sharing a warm dinner with the family?

Yang Chen grew sadder thinking of all the conflicts. He was too selfish. He still felt lonely although he had so many women around him. It didn’t seem to make a difference if the person he loved had him by her side or not.

He’d always taken other women’s purity and their youth, but he felt like he had nothing to give them. It was like this with Mo Qianni, with Rose, An Xin, Liu Mingyu. How could anything physical fill the hole in his heart?

After dinner, Yang Chen went upstairs alone after saying he wanted to watch the soccer match. The four women downstairs were confused as the matched hadn’t even started yet!

As he entered the room, he walked to the balcony. Looking up at the silent night sky, he did nothing.

Soon, someone knocked on the door. It was Guo Xuehua.

Seeing her son standing solemnly on the balcony, Guo Xuehua sighed. She walked up to him. “I could see something was troubling you at dinner. Do you mind telling your mother about it?”

“You saw right through me.”

“A mother doesn’t use her eyes to look at her child, she uses her heart,” said Guo Xuehua, rolling her eyes.

He nodded. “Your heart…”

Yang Chen didn’t try to hide his troubles either. He told her everything that happened with Ma Guifang. When he finished, he rubbed his temples, “Mom, I’m a mess. I don’t know what to do, have I really been harming Qianni?”

Guo Xuehua’s eyes blurred. “Guifang hasn’t had it easy. I can understand why she’s so sensitive to you being with Qianni. However, if we’re talking about feelings, even as a mother, I cannot make decisions for you. Yang Chen, from a woman’s perspective, if you don’t think this through, how could you bring a bright future as an honest husband, to the kid? Like what Guifang said, she’d rather you suffer for a while, then let her child suffer a lifetime.”

Yang Chen fell silent. Although he had expected it, he was still disappointed when Guo Xuehua said it.

“Qianni… is not like the rest of us,” Guo Xuehua advised patiently. “She’s not like Rose, who is very independent and she couldn't care less about society. And that An Xin girl was from a rich clan too, so she has an open-minded personality. She doesn’t need to care about the rules either. For Qianni… she’s just a regular girl from a regular family. She will care about what people think, about what is right in society’s eyes. To be your lover, perhaps An Xin and Rose wouldn’t mind, but it wouldn’t be the same with Qianni.”

Support this translation project here on Patreon to get daily chapters! 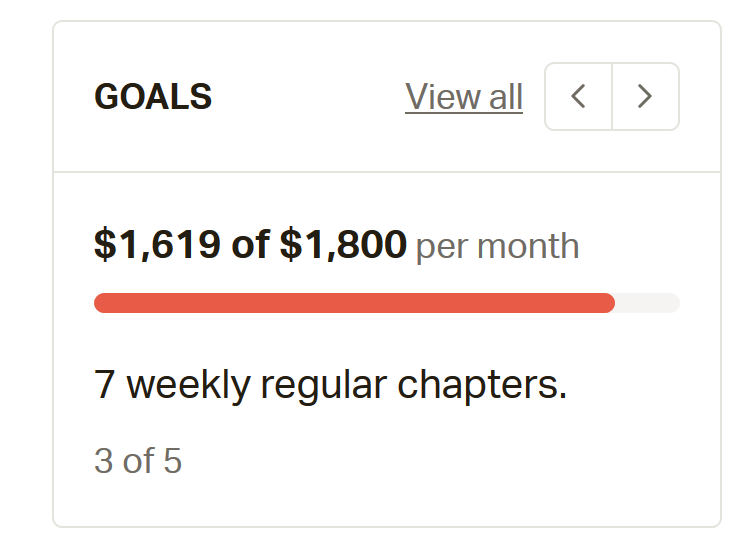