As a damage carry, dealing 10.4% of the damage was rather pitiful, and He Yu didn’t need anyone to remind him that he had made mistakes throughout the game. His sacrifice wasn’t a game-changing play that had secured victory, and it could only be regarded as a small success.

I’m still lacking in so many ways!

Playing personally on the same team with Su Ge made He Yu’s understanding of King’s Glory deepen.

Unfortunately, there was no quick shortcut to improve a person’s skills; all it needed was continuous practice. Playing in high ranked games was clearly more effective. The difference between a Bronze ranked game and the game he had just played with Su Ge was massive. In the Bronze ranked game, strategy and teamwork were unnecessary, and a small amount of skill was enough to win.

He Yu felt an ache in his heart after thinking of this. Glancing to the side, the students from Nan Hu Chun Research Club had mysteriously disappeared as He Yu continued staying in his seat. Maybe he could play one more round.

He glanced around secretly, and since no students were  passing by right now, He Yu picked up his phone and started a round.

Everything was as he had expected. For a newbie like him, even if the strategy was horrendous, it wasn’t difficult to win a Bronze ranked game.  Only a few minutes in and He Yu’s Genghis Khan was already carrying his team, roaming all three lanes, killing anyone he encountered, and aggressively pushing to take turrets. At 9 minutes 21 seconds, his enemies had surrendered.

He Yu had a KDA of 13-0-3, and 51% of damage output; the battle statistics of this game were spectacular, but He Yu wasn’t proud of it. After all, this was only a Bronze ranked game. He involuntarily started another game, then a second, a third, and a fourth.

He Yu was getting consecutive victories and spectacular results in the after-battle statistics. On account of this, He Yu’s rank rocketed up, and soon he was already ranked Bronze 1 with 3 stars. Winning another game would make him Silver ranked. Suddenly, He Yu saw Gao Ge and Zhou Mo coming to his side, so he hurriedly quit the game and sat quietly in his seat with a gentle smile on his face while watching the students come and go.

“Are you still going to act?” Gao Ge, who came closer to him, asked.

“Hehehe…” He Yu could only awkwardly after he knew he’d been busted for playing games. His two teammates were quite caring to a newcomer, and they always paid attention to him from time to time.

“You don’t find it hard to play in a Bronze ranked game, right?” Zhou Mo asked.

“Yeah, I just have to focus on farming. That’s all,” He Yu said.

“It’s basically the same until Platinum. The players in the earlier ranks don’t really understand the importance of farming,” Zhou Mo said.

“I see, then I should be able to reach Diamond very quickly,” He Yu said.

“What advice do you have for me, Senior Gao Ge?” He Yu felt that Gao Ge’s laugh had some meaning in it and hurriedly asked.

“That’s exactly what I want,” He Yu said.

“Senior Gao Ge, to be honest, this doesn’t seem to be effective…” He Yu said as he stood up, his eyes involuntarily sweeping around the weird clubs around him. Everyone here had only been able to attract some curious glances at best, but none were willing to join.

The situation of those weird clubs was possibly better than Lang Qi. Team Lang Qi came from Dong Jiang University, which was famous for its prized King’s Glory Club. The club was so famous they were even able to invite professional players to give talks. Under the shadow of the King’s Glory Club, Team Lang Qi’s recruitment was often overlooked.

He Yu had noted that Team Lang Qi was noticeable to some even though they were hidden in such an isolated corner. From time to time, members of the King’s Glory Club would drop by to pay a visit. He Yu was unsure about how many people Gao Ge had pissed off before to result in Team Lang Qi getting targeted.

“Well, something is better than nothing,” Gao Ge said helplessly.

As He Yu left the place, he couldn’t help but look back at them. The helplessness covering Gao Ge’s expression when she’d said, “something is better than nothing,” was disheartening. Zhou Mo had made attempts to talk to passing students, but in the end, got ignored. People like Gao Ge and Zhou Mo, who took the game seriously, but got pushed aside by everyone else made He Yu sympathetic.

He knew he should also work harder to find new talents for the team.

He Yu was thinking about this problem while walking back, and as he reached his dormitory, he saw two people walking out. Although He Yu forgot their names, he could recognise both of them as his classmates. The two also recognized He Yu and smiled at him as a greeting. He Yu smiled and nodded in response, while blurting out, “Hey, do you play King’s Glory?”

Stunned by the sudden question, they quickly shook their heads and said, “No.”

“Oh.” He Yu nodded and didn’t continue. The two bid their farewells, but somehow keep looking back at He Yu suspiciously. Suddenly, He Yu got an idea; he could invite those who were in the same class or in the same department with him. King’s Glory was quite famous, and among his hundreds of classmates, there should be at least one or two willing to join the team.

He Yu had already reached the third floor when he’d thought of this idea. All of the freshmen from the Department of Physics lived on this floor. Other than his own classmates, He Yu hadn’t recognized any students from the other three classes, but it didn’t stop He Yu from knocking on their door to pose the question.

“Hey, do you play King’s Glory?”  was the first sentence He Yu said when he entered all of the dorm rooms. Although surprised, everyone still answered him truthfully. Unsurprisingly, there were a lot of players among the hundreds of students, but most were unwilling to join the team or had already entered one.

Yesterday, after hanging up their team posters with Gao Ge and Zhou Mo, he’d found out that the King’s Glory Club had used their large number of members to go around recruiting newcomers. The King's Glory Club had already recruited those who were interested, and those who hadn't been interested wouldn't join a smaller team, like Team Lang Qi, if they'd rejected such a large one.

It’s really challenging to find a teammate… He Yu only sighed and returned to his room. 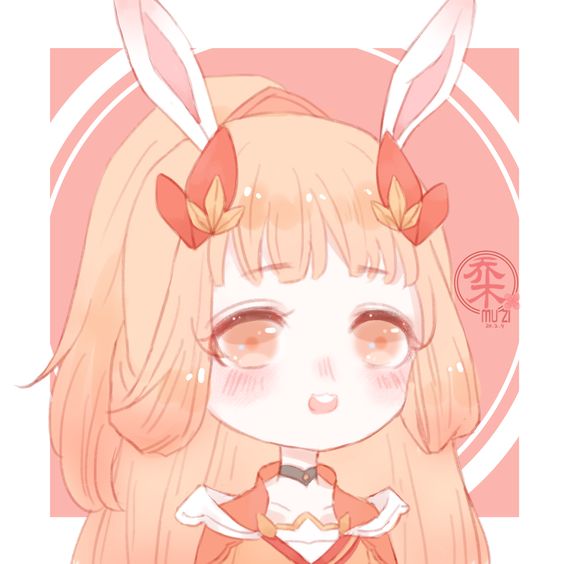