While He Yu already knew most of his classmates, he was closer to Gao Ge and Zhou Mo than he was to them. Even He Yu’s classmates were able to recognize the two who constantly came to whisk He Yu away for training.

“It’s for training,” He Yu would explain to his classmates. After a few days, his classmates were used to Gao Ge and Zhou Mo’s arrival and were slightly frightened by the diligent commitment He Yu’s club activities required. As for his classmates that played King’s Glory, they’d heard about Team Lang Qi’s situation from the King’s Glory Club and no longer treated Gao Ge as a brainless beauty; they looked at her with respect.

Unfortunately, after He Yu had played a few rounds with his classmates, he was quickly instructed to stop by Gao Ge and Zhou Mo.

Today, when the bell rang, a familiar figure stood leaning on the door frame. Gao Ge casually stood there, seeming like a guard trying to prevent He Yu’s escape from club activities.

“Can you put a little more trust in me, Senior Gao Ge?” He Yu said helplessly. He’d never once thought about skipping training.

“I was just passing by, and at the same time, I want you to urge you to hurry up,” Gao Ge said.

“Stop with the nonsense and hurry up. Today all of us will be practicing together,” Gao Ge said.

“All five of us?” He Yu’s eyes lit up. Ever since that introduction, he had never seen the two so-called temporary teammates, and Gao Ge didn’t add them to their Team Lang Qi WeChat group. He Yu struggled to even remember what their names were. However, teamwork and cooperation between teammates were quite important, and He Yu started to get worried about the two people who never practiced with them before. Today, the two gods were willing to practice with them, which could be said to be unexpected and surprising.

“That’s right. They might not want to wait a long time, so hurry up,” Gao Ge urged.

“What are we waiting for?” He Yu quickened his pace.

Team Lang Qi had no specific places for them to practice the game. Every day, they flexibly looked for places that were quiet and undisturbed. Today, they borrowed the office from the Student Council. When He Yu and Gao Ge arrived, the two temporary teammates were incredibly impatient, and the voice of Zhou Mo begging the two to stay could be heard from outside the room.

Gao Ge frowned, a trace of annoyance flashed across her face, then she pushed the door open.

“Come on, let’s start,” Gao Ge announced as if she hadn’t heard anything.

“Hello, seniors.” He Yu greeted the two. As for Zhou Mo, He Yu was already quite close to him and needed no formal greetings. Zhou Mo, who was persuading the two, was relieved when Gao Ge and He Yu came in. He turned back and said to the two of them, “ I told you they were coming. ”

“Let’s start,” one of the two said. He Yu tried his best to recall their names, but it was to no avail.

“Let’s play one round of classic first,” Gao Ge said.

Zhou Mo quickly created a room and invited the four, and although He Yu did not know their names, he at least knew their game ID. One of them was called Ye Mo Shen while the other was called Qing Qi Zhou. Their ranks, however, weren’t Platinum and Diamond like Zhou Mo had described; both were Diamond, with Ye Mo Shen being Diamond 3 and Qing Qi Zhou being Diamond 5.

Although Diamond was not an astounding rank, it was enough to make He Yu stare at them in awe. However, the two looked at He Yu in scornful contempt when they saw He Liang Yu was only Platinum.

After He Yu attempted solo queue this week, he continued to be stuck at Platinum. It had been three days since he started pushing towards Diamond, but it was to no avail. Gao Ge had told him that marksmen didn’t need much skill in order to win, and this fact became more evident to He Yu as his rank rose.

In the early and mid-game, his understanding of farming gave him a considerable advantage. But when it reached late game, especially during a team fight, his teammates often rushed in with little thought, making He Yu suffer the consequences. He was unsure whether to consider their actions brave or just plain stupid.

His teammates would desperately push to win as fast as possible, so if He Yu was just slightly misplaced, he was screwed. No matter how high his gold was, Genghis Khan was a squishy hero.

Depending on the situation, one had to pick the most suitable hero and focus on their positioning. He Yu’s map awareness gave him a massive advantage, but his strategy wasn’t precise enough, resulting in problems that Gao Ge had mentioned before. He Yu thought that if he chose another hero with high survivability and mobility, even if he didn’t earn as much gold as he would playing Genghis Khan, he would still earn enough.

Squishy marksmen could easily die in team fights if one didn't know how to play the hero correctly. Players in Platinum were mostly familiar with the rules of the game, although their map awareness and strategy were rather weak; players had a few heroes they were familiar with.

When fighting individually, it was easier to come up with strategies, but focusing on yourself too much meant there was no cooperation during team fights. When five enemy heroes, who had better cooperation, surrounded him, there was no way He Yu could survive.

The only way to solve this without counting on teammates was to practice.

This was a cumulative process, with no shortcuts and quick end. He Yu learned this after consulting He Liang.

He Yu continued to practice; these days he began to match in Brawl Mode, just to hone his reaction time and strategy in complete chaos. The five versus five game mode with only one lane available could be said to only have team fights from beginning to end.

Seeing He Yu’s efforts, Gao Ge and Zhou Mo privately agreed that if it wasn’t for He Yu obsessively playing the high difficulty hero, Genghis Khan, he would’ve reached Diamond by now.

He Yu’s map awareness and familiarity with the game ended up being quite useful in high-ranked games. For example, He Yu used his second skill, Hundred Beast Trap, to limit his enemies’ mobility. As a result, his opponent wouldn’t be able to move and would end up incessantly spamming their skills, even though doing so only wasted their mana. It made He Yu feel second-hand embarrassment.

In his rank, He Yu was more afraid of his opponent being too weak rather than too strong, but this mindset wouldn’t last long when he’d rise into higher ranks. This was why Gao Ge and Zhou Mo were taking it as a joke and not worried at all. At the moment, Li Si Jie and Zhao Jin Ran looked down on him because He Yu’s was merely Platinum. The two looked at each other and laughed inside.

They were confident that it was not their two Diamond ranks that were going to lower the team’s standards, but He Yu’s Platinum rank. 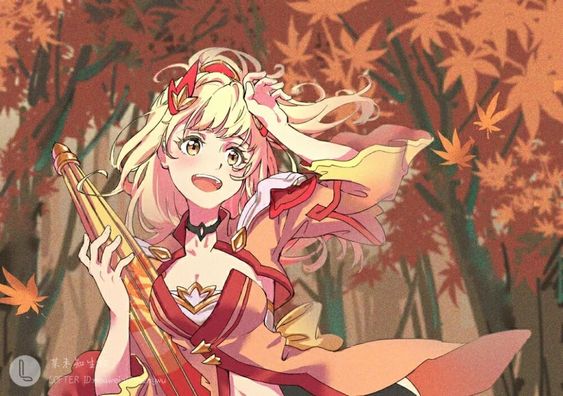