Schrodinger’s Cat was a famous thought experiment devised by Austrian physicist Erwin Schrodinger. As a student from the physics department, Gao Ge was familiar with the term but didn’t pay too much attention to it since there were plenty of strange IDs in the game. Having an ID with the name “Schrodinger’s Cat” did not mean the person was necessarily interested in quantum mechanics. Maybe he just liked cats ? It was just like how a person named Jun Mo Xiao didn’t necessarily read the Chinese poem “Liang Zhou Ci”, but might have watched “Pili” or “The King’s Avatar” instead.

This high-level match was not the same as the matches He Yu had played previously. Players at this level already had sufficient ideas on how to play the game, and even teammates who were not together could cooperate in the game efficiently.

“I’ll let you solo lane,” Gao Ge said to He Yu, and left Genghis Khan alone in the bottom lane, proceeding to help Dharma with his blue sentinel.

Dharma was also well aware that Zhang Fei followed him to secure the perimeter, preventing the enemies from stealing their buff. For comparison, in lower-ranked matches, the junglers would often madly spam the retreat signal every time someone followed them into the jungle in fear that their teammate would steal their buffs, gold, and experience.

Zhou Mo’s Liu Bang provided vision around the river beside the top lane, while Diao Chan scouted around the bushes in the middle lane. In this case, they would be able to protect their blue sentinel from enemies no matter which way they came from. After waiting for thirty seconds, they spotted no incoming enemies, so Gao Ge was preparing to evacuate when He Yu suddenly said, “ Be careful of the tyrant pit. ”

“Oh?” Gao Ge became alert after He Yu’s reminder. The enemies had Athena as their jungler and Lady Sun as their marksman. Athena’s second skill and Lady Sun’s first skill allowed them to move through walls. If these two heroes wanted to attack their blue sentinel, they could directly cut through the wall of the tyrant pit without going past the two lanes which they were guarding right now.

Gao Ge, who was about to retreat, moved her Zhang Fei upwards. As a result, the enemies did not come over through the wall of the tyrant pit. Instead, they suddenly appeared at the junction that Diao Chan was guarding.

Diao Chan, in the middle lane, also realized that Gao Ge was in a less than advantageous position and hurriedly attempted to recall. Unfortunately, the enemies had predicted that Diao Chan was hiding in the bushes. Guiguzi flashed towards the bushes, casting his second skill, The Animist, pulling back and stunning Diao Chan. Athena immediately rushed towards them while Lady Sun tumbled around while doing basic attacks.

The enemy heroes cooldowns on their skills quickly reset, and another onslaught of skills was launched towards Diao Chan. With the help of Zhang Liang, the enemies instantly killed Diao Chan and gave Athena the first blood. Zhang Fei, who was close by, was, unfortunately, unable to support, and could only watch as the enemies invaded their red sentinel zone.

“This is impossible to defend,” He Yu sighed.

“I have to give up on it,” Gao Ge helplessly said.

The death of Diao Chan gave the enemies a temporary advantage, and He Yu’s team could not defend their jungle area at the moment. Dharma sent the assemble signal and began to move upwards. He wanted to counterattack the enemies’ jungle area while the enemies were busy attacking their jungle near the bottom lane. Fortunately, only Lady Sun was guarding the bot lane now.

“Wah! They are going to gank me now, right?” He Yu predicted.

With Diao Chan’s death, He Yu’s three other alive teammates assembled at the top of the math, leaving Genghis Khan alone on the bottom lane. In this case, it was useless to turret hug; there were too many enemies that could easily turret dive and tank the damage from it. Killing him under the turret was going to be as easy as ABC.

Realizing this, He Yu immediately moved towards the direction of the second turrets, trying to shake off the enemies before they encircled and trapped him. As long as he managed to avoid them for long enough, the enemies would retreat.

“Not bad,” Gao Ge praised him sincerely when she saw Genghis Khan retreating to the back.

“Thanks.” He Yu was slightly humble, but when he finished his word, the figure of Athena suddenly popped out, and before He Yu could react, Athena stabbed her spears towards Genghis Khan.

He Yu despaired. Even the top professional player could never be able to use a level 2 Genghis Khan to counterattack Athena, let alone him.

Should I use Flash?

He Yu thought but gave up on that idea. Even if he used Flash, it would be hard to escape Athena’s onslaught of skills. Moreover, this Schrodinger’s Cat was extraodinarily skilled and wouldn't let He Yu go too easily.

Unfortunately, there was no “after that”; the squishy Genghis Khan was already dead before Athena completed her combos. Genghis Khan died by her first skill, Holy Advance, resulting in Athena walking past his body with her second skill, Unstoppable Spear, unactivated.

“Genghis Khan has no chance if he has to one v one Athena,” Gao Ge replied.

“I know, but I feel like any hero in this situation wouldn’t be able to survive either,” He Yu said.

“He’s that good? I’d like to experience it too,” Gao Ge laughed.

As Gao Ge finished saying this, they had already cleared the enemies’ red zone. Although their red sentinel was already killed, they managed to take two enemy creeps. Lady Sun from the enemy team was alone, too, afraid to defend their jungle area and only hovered under the turret,

As he finished talking, Dharma sent an attack signal. Therefore, Zhou Mo’s Liu Bang stood in front of the turret while Gao Ge’s Zhang Fei and Dharma circled from behind the turret.

Zhou Mo’s second skill, Double Threat, would stun an enemy if they were hit. Lady Sun, who was under the turret, began to move spastically, making it impossible for Zhou Mo to trigger his stun easily. Zhang Fei and Dharma took the chance and rushed in from behind.

Zhou Mo took the chance and triggered his Double Threat by hitting Lady Sun and stunned her for 1 second. The relentless combos rendered Lady Sun helpless.

“Luckily, we managed to kill one of them,” Zhou Mo breathed a sigh of relief.

“I lost a minion wave…” He Yu groaned.

Lady Sun died after clearing her minion wave, but He Yu’s Genghis Khan lost his because he wanted to hide from the enemies’ attack. One minion wave’s gold was almost equivalent to the gold obtained from killing one enemy. Both sides had one or two deaths each, but considering that He Yu lost his minion wave, he could be counted as two deaths for his team.

Zhang Fei and Dharma moved towards the bottom lane together. Zhang Liang, the enemy’s mid laner, was already back to his own lane, while the top laner was leading minions to attack the turret. Unfortunately, the enemy jungler and support were nowhere to be found. 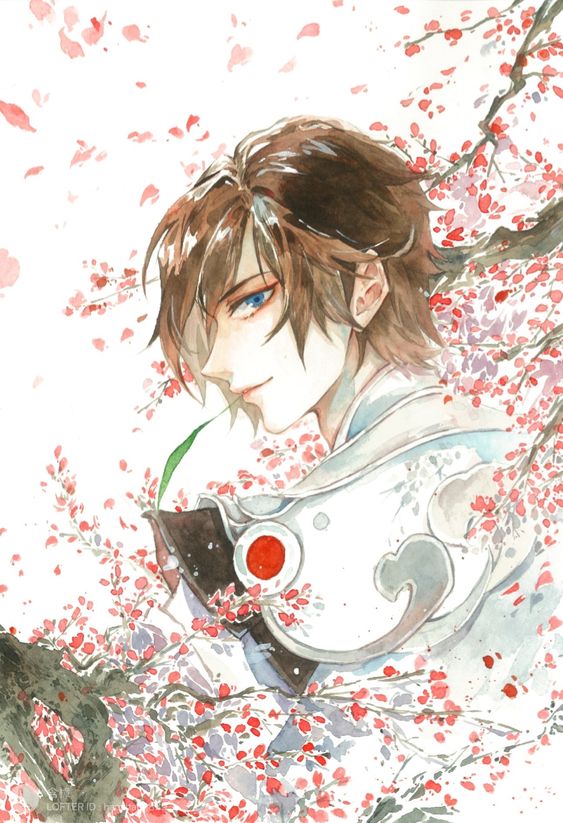 Hands down still one of my favorite character Libai is.