He Yu was well aware of the problem they were facing right now, and because of this, he felt pressured.

Would his awareness help the situation in this high-ranked game? His awareness wouldn't be able to shine if he couldn't keep up with the rest of the players.

In the previous battle with Athena, when she used her spear and charged towards Genghis Khan, He Yu could've thought of a solution and acted on it. But there hadn't been enough time. At that moment, what He Liang told him made sense now. He Yu needed to practice his strategy until he had it grounded in his muscle memory.

Awareness played an essential role in setting the momentum, but when such immediate ambushes happened, awareness must be integrated with one's reaction. Experiences and correct judgement could change a game; therefore, it was essential to train one's response because the analysis would only be useful if put into play.

He Yu was stuck. He had correct judgement, but he couldn't put his knowledge into play. By the time he had thought of a plan, it would already be too late to do anything.

Now the team needed him to stand up. The situation was so bad for them that the damage output hero couldn't bear to make any mistakes.

However, even if he didn't make a mistake, it seemed as though he would still get killed. The opponent's jungler and support, who invaded the red zone, would come and kill him in a blink of an eye. On the other hand, Nezha, who was on the same lane as Genghis Khan, seemed to have received the signal to guard the area outside the turret. What could Genghis Khan do right now, even under the protection of the turret?

Shall I recall? But I don't have any time left. He Yu thought.

Or shall I  retreat back to the second turret like last time ?

If I died at the same place twice, it would be awkward to boast about my advanced awareness.

There was no way for him to escape, so his only option was to deal with the enemy under the turret. It seemed like strategy was not his greatest strength, after all. At the moment, he had to figure out how the enemy would attack him.

Nezha was clearing the minion wave outside the turret, undoubtedly waiting for a signal from Athena and Guiguzi. He Yu predicted that once the minion wave was cleared and enemy minions flooded the turret, Guiguzi would use his first and second skill to enter the turret. Using his second skill, The Animist, Guiguzi would reach his target after 2 seconds and stun them. If He Yu's Genghis Khan were stunned by this skill, there would be absolutely no room for survival. Therefore, avoiding Guiguzi's stun was the first priority.

He Yu couldn't ignore the threat that Athena and Nezha still posed. It wasn't like they needed Guiguzi to initiate before they, themselves, stepped in. They had Guiguzi attack He Yu first because it was the safest and most effective way to kill Genghis Khan.

Nezha had now reached level 4 too, so if he used his ultimate, Heaven and Earth- Skyfall, to attack Genghis Khan, it would be a dead-end for He Yu. Nezha's ultimate was similar to Liu Bang's ultimate; both could travel anywhere on the map. The only difference was Liu Bang could only go to his teammates while Nezha could only visit his opponents. Chasing people down was what Nezha often did. He Yu's Genghis Khan was in a good state right now. If it weren't for the fact that He Yu had a relatively large amount of health, Nezha would already be flying towards Genghis Khan, with or without a support.

After quickly analysing the situation, He Yu found that it was challenging for him to survive under such circumstances. Most matches nowadays either had no marksmen or the marksmen had to play the jungler role at the same time. That was because marksmen would have difficulties surviving alone on a side lane, even under the protection of the defensive turret. There were only a few talents left who played like Team Tian Ze's Zhang Shi Chi.

I'll try my best. At the thought of this, He Yu's Genghis Khan glanced to the front of the turret and saw that Nezha had already started to clear the minion wave.

They're coming ! He Yu had already prepared for this moment, and as his minions fell under Nezha, the enemy minions started to move forward.

He Yu counted silently, and at the moment when the minions were about to enter the turret, Genghis Khan set his eagle free and scouted the area.

He Yu wanted to know which direction Athena and Guiguzi were going to attack from. When his eagle scouted the area, he saw Guiguzi come out from the bushes at the front of the turret with his first and second skill activated. At the same time, Athena appeared at the back of the turret.

The three of them didn't decide to gank He Yu straight on but chose to trap He Yu by encircling him. The opponent's jungler and support had opted to go in different directions; this was what He Yu had least wanted to see.

Guiguzi was a bit depressed after he missed his stun, but he believed he had the skill to turn the situation around. Although Genghis Khan had begun to dodge, Guiguzi's first skill gave him an extra 40% of movement speed. He felt that he still had a chance to stun Genghis Khan. Suddenly, a beast trap popped up from his feet.

Wow, he did some preparation !

Guiguzi was shocked when he touched the Hundred Beast Trap; his movement speed was suddenly reduced by 30%, and his speed advantage vanished. For now, all Guiguzi could do was force Genghis Khan to move back, so that Athena, who was also approaching him from behind, could attack him.

Who knew that Genghis Khan would suddenly stop running, and move up instead.

Does this fucker think that the Hundred Beast Trap can be fixed? Guiguzi was overjoyed and hurriedly adjusted the direction of his movement.

Guiguzi's The Animist had ended and began to pull all the enemies within range. However, he did not expect that Genghis Khan had managed to avoid his range. He widened his eyes as he saw Genghis Khan dash into the jungle area.

He got closer to the wall and then flashed through it to enter the jungle area?

Flash was a Summoner's Ability, and Guiguzi, himself, also carried flash with him. If he still had this skill, he would've definitely gone to catch Genghis Khan. Unfortunately, the cooldown of this skill was 120 seconds, and the hero's arcana and equipment couldn't reduce its cooldown. Guiguzi had already used flash twice in this game, and the spell was currently under cooldown.

When Genghis Khan escaped through the wall with flash, Guiguzi felt like he had just let a thoroughly cooked duck escape. Guiguzi didn't want to give up just yet and tried to run around the wall to chase him. Finally, he stopped chasing when he saw Athena didn't intend to follow Genghis Khan.

"Hell yeah!!" He Yu, who escaped them, couldn't help but praise himself.

"Not bad," Gao Ge, who had been paying attention the entire time, said. Although she had told herself Genghis Khan would die before she got there, her Zhang Fei still came to support. Even if He Yu's attempt was quite sloppy, having such a desire to survive was essential for a damage output hero.

"Is there a chance to make a comeback?" He Yu's Genghis Khan met Zhang Fei on his way. The poor jungler who had no jungle monsters to farm was probably forced to come over to see if there was anything to do. The three heroes gathered together, and He Yu felt excited.

"Little boy, it's not like you got a triple kill or something. You just ran away cowardly. Why so proud?" Gao Ge said.

"Go, go, go! I'm at level 4, so I can support you guys." Zhou Mo, who was solo killed by Athena, was feeling vengeance.

As he finished talking, a mark suddenly appeared above Genghis Khan's head; it was the mark of Nezha's ultimate, Heaven and Earth- Skyfall.

"He's coming for me!" He Yu said. But, in the next second, the mark above him disappeared.

"Cocky much? He just wanted to take a look at you," Gao Ge said.

"It's 'us' that he wanted to take a look at," He Yu corrected Gao Ge. When Nezha activated his ultimate, he did not necessarily have to choose a target to travel to. Most Nezha players used his ultimate to scout the enemy first, before deciding whether to attack or not. Genghis Khan was hiding in the bushes at the time, and there were two strong heroes beside him. Upon seeing the group, Nezha immediately retracted his ultimate.

"This is so hard," He Yu sighed

What He Yu had just done was well thought out, but it did not affect the overall situation. The opponent did not manage to kill him, but they took down one of their turrets. To them, killing Genghis Khan wasn't particularly relevant. In this game, taking objectives was far more critical. 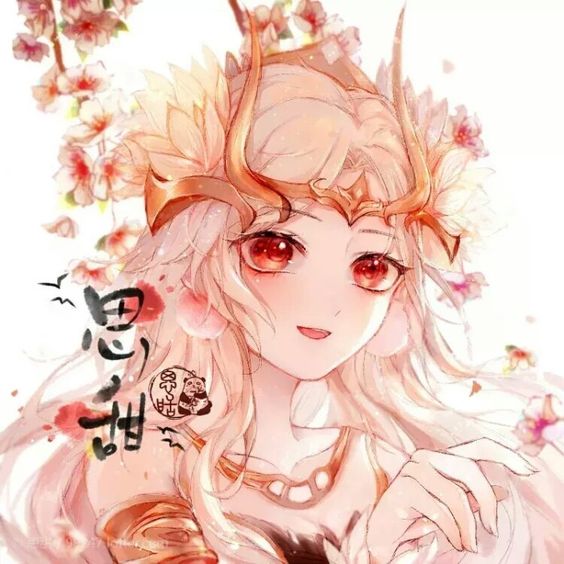