As the match continued, He Yu, Zhou Mo, and Gao Ge's opponents persevered and continued to push after destroying their first turret.

The three, who were currently hiding in the bushes, became impatient. They were all behind on experience and level and wouldn't stand a chance in a team fight. The opponent's Nezha used his ultimate to scout the area, and he clearly saw that they were nearby. But he did not retreat, and continued to push. He was treating the three of them like air!

"This is a trap, right?" He Yu said, but Dharma ignored He Yu's doubts and immediately jumped out of the bushes to head to the second turret.

"Be careful!" He Yu shouted but realised that Dharma was just a random teammate, not his friend in real life. He would not have heard him without turning on the voice chat.  So, He Yu cast his first skill, and an eagle was released to illuminate Dharma's field of vision; Guiguzi was coming up from the valley.

The enemy’s attack on the second turret was a ploy to lure the three out. Guiguzi intended to attract the three heroes and start a team fight. Guiguzi caught Dharma, who was impatient, using his first and second skill. Athena suddenly jumped out and attacked. Nezha, too, used his Fire-tipped Spear and Red Armillary Sash- Bind. Dharma, who had not reached level 4, had no room to fight back. He Yu and Gao Ge were still hiding in the bushes, and in the end, chose to give up. After Genghis Khan threw his Hundred Beast Trap, the two hurriedly evacuated towards the middle turret.

"Watching the drama?" The dead Dharma was pissed and questioned the two by typing in the all chat channel. It was his desperate attempt to prove that his death was his teammate's faults.

He Yu would've felt wronged if this was his first time playing the game. It wasn't that he didn't want to help, but the situation was so bad that even if they went and supported Dharma, they still would've died.

But with his one week of gaming experiences, He Yu had become accustomed to various situations in the game. As the saying went, each player had a thousand ideas, and everyone would think their plan was the correct one. Those who disagreed were stupid noobs.

This mentality was especially prevalent in the Bronze, Silver, and Gold ranks. In the King rank, everyone cooperated to a certain extent. For example, Dharma, as a randomly matched teammate, was able to respond and assist Gao Ge and Zhou Mo. However, when things started to heat up, his mentality was no different from that of players in the Bronze and Silver ranks.

There was no time to argue during the match. Even if you had time for arguments, it would only be futile, and the outcome would still be the same. In desperate times, you should solely focus on your own role and try to regain the lost momentum. Putting aside everyone's emotional baggage and differences, everyone entered a match with the desire to win.

As long as the match was favorable, everyone would work towards this common goal.

That was why, after seeing Dharma's complaint, He Yu felt indifferent. He walked past the middle turret to avoid the ambush, then went back to the bottom lane to clear the minion wave. Gao Ge's Zhang Fei began to follow Genghis Khan like a lost puppy. Fortunately, when he was clearing the minion wave, Zhang Fei walked away to avoid sharing gold and experience with Genghis Khan.

After clearing the minion wave, He Yu released his eagle, which flew past the middle lane to the opponent's red zone.

Their opponent was very comfortable, at the time. The opposing jungler relied on her enemy's jungle area to increase her gold while her own jungle was split with the marksman and the mage. The blue and red buff was evenly distributed to them, too. His eagle saw Lady Sun taking the red buff, and Guiguzi hiding in the bushes in the middle lane.

They’re about to attack the middle lane!

Guiguzi's stun, Zhang Liang's control skill, Nezha's support, and Athena's burst damage would deal copious amounts of damage. Diao Chan, in the middle lane, was feeling uneasy; the opponent seemed to be waiting for a chance to strike.

They're waiting for the minion wave.

The opponent was careful to avoid losing their lead; every attack was carefully planned. Athena was making enormous profits for her team by getting first blood on Diao Chan, attacking the enemy red zone, letting her marksman clear the jungle, and killing Dharma. She was killing three birds with one stone. First, Athena destroyed her opponent's momentum. Second, she stole the blue buff from Dharma, and third, she left her blue area for the mage to farm.

After that, she went to the top lane and killed Liu Bang while securing a kill on the tyrant.

After killing the tyrant and invading the blue area, Athena led in gold and experience. She killed Diao Chan, then went to the red zone. The only flaw in their plan was the attack on Genghis Khan, but they managed to take the bottom turret. With this momentum, it could be said that He Yu and his teammates had no chance to fight back.  The most disconcerting thing was that Dharma began to blame his teammates. Diao Chan, who had died twice in the middle lane, did not speak. But when Genghis Khan's eagle spotted Guiguzi in the middle lane, Diao Chan immediately shivered and retreated.

"Middle lane is probably our only chance to make a comeback," He Yu said after seeing Dharma respawn and Zhang Fei reach level four.

"Depends on if Diao Chan is willing to sacrifice herself or not," Gao Ge said.

The two heroes moved towards the middle lane from the bottom lane, but did not show up immediately and hid in the bushes behind the overload pit.

The minion waves of both sides gradually arrived in the middle. It was a sign of an upcoming thunderstorm. He Yu's only goal was to survive. This time, Dharma and Zhang Fei had their ultimates, finally giving them a chance to fight back. Although their damage output wasn't high, they could rely on turret damage.

As long as Diao Chan wasn't cowardly and lured the enemy into the turret's range, everything would be fine.

Diao Chan was already backing away, but after seeing Gao Ge's signal, she seemed to understand her intention and started to lure the enemies.

The middle lane's minion waves arrived, but Diao Chan did not go out from the turret. She watched as her minions got killed, and the enemy's minions started to march forward with Zhang Liang following them.

Now, this was the battle of acting. Diao Chan was pretending to be hesitant and slowly moved back and forth. Seeing that her opponent was not taking the bait, she started to be more courageous and took more steps forward.

If the enemy stalled for too long, their minions would die, and it would be meaningless to continue to attack. Guiguzi finally rushed out from the bushes in an invisible state.

Guiguzi rushed out with both his second skill, The Animist, and his ultimate, Prophecy - Out of Sight, activated. His ultimate allowed him and his teammates to enter a camouflaged state and to increase their movement speed. He was planning to go all-in with his teammates.

But this time, other than his ultimate, Guiguzi had his flash readied too. He used his flash instantly.

Guiguzi timed his skill accurately, and as he flashed towards Diao Chan, his skill triggered and pulled Diao Chan. Suddenly, Diao Chan's body released a circle of light.

The second skill of Diao Chan was a dash. Typically, players with a dash in their skill set would not pick flash as their Summoner's Ability. Instead, they'd choose Purify, which would remove all adverse effects and crowd control skills for 1.5 seconds. As a result of Purify, Guiguzi's second skill lost its impact. However, the others beside Guiguzi had also invaded the turret. Athena's spear swung, but Zhang Liang didn't use his ultimate, Power Word- Control. He was waiting for Diao Chan's 1.5 seconds of immunity to pass. Diao Chan had no chance of surviving on her own.

"He's good at this!" Gao Ge sighed. It was a pity that they did not manage to trick Zhang Liang's ultimate, but the situation right now was advantageous.

"Let's go!" Gao Ge called out and began their counterattack. 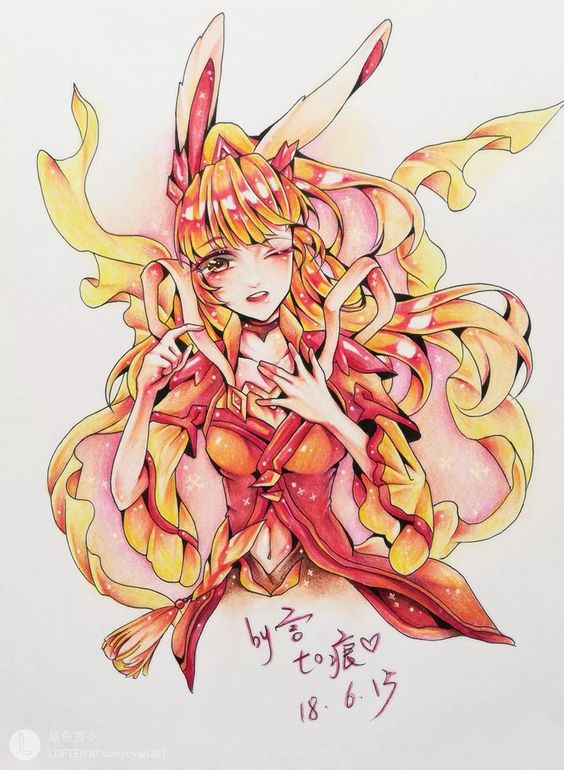