“I said, I have no attributes,” Ye Lang replied.

“I wasn’t asking--- I don’t have time to care if you’re useless or not!” Coldblood Five said. Although people with no attributes were rare, this sort of rarity was still of no value.

“Oh, then you must be referring to me being invulnerable to poisons,” Ye Lang didn’t mind either. More than one person had called him useless, and he was even more immune to poisons like this.

“You should ask Coldblood Thirteen, he couldn’t poison me,” Ye Lang said casually. His head was still unturned as he continued to eat.

“If even Coldblood Thirteen’s poison couldn’t kill you, then you really are immune. How did you do it?” Coldblood Five asked.

“What medicine did you consume?”

“Many, like...” Ye Lang named a long list of medicines, causing Coldblood Five to give up, only able to wait for Coldblood Thirteen’s results.

Most of these medicines were poisons that could burn holes in the intestines, how could an experienced person like Coldblood Five not know? Experimentation wasn’t possible unless there was a death wish.

If Coldblood Thirteen couldn’t figure it out, then Coldblood Five would rather give up trying to experiment.

“Alright alright, you don’t need to go on. I’ll let Coldblood Thirteen handle that, your life is in his hands. I don’t care either, you can leave now,” Coldblood Five ordered the ‘guest’ to leave. Not being able to touch Ye Lang, he could only be chased out.

“No, I’m not done eating,” Ye Lang shook his head, lowering his head to eat his rice.

“Aren’t you afraid of me killing you?” Coldblood Five asked coldly.

“I am, but I fear a hungry belly more!” Ye Lang was still chewing, as he answered.

What? Was this disrespect? You think I wouldn’t lay a finger on you?

Coldblood Five’s face started to freeze, remarking icily, “Don’t you dare think that you can do whatever with Coldblood Thirteen’s protection! I can still gut you the same!”

“Kill me, why?” Ye Lang stopped, startled, and asked. He didn’t understand why Coldblood Five wanted to suddenly kill him.

He knew Coldblood Five could commit murder without blinking an eye, but even these people need a reason to kill. Ye Lang didn’t offend this person, why would Coldblood Five kill him?

“You can’t do that- how can you kill people according to your whims? If you want to kill, kill the bad people. Those are the ones you should kill,” Ye Lang said solemnly.

“... Are you an idiot?” Coldblood Five asked, looking at Ye Lang.

“My sister and Seven often call me an idiot, so I guess so,” Ye Lang answered stupidly.

“...” The sort of speechlessness Coldblooded Five felt was the sort no one had ever felt before. With an idiot like this, how could anyone argue?

Kill him? It didn’t seem right. This idiot is actually adorable. Oh god, what am I talking about.

“Hey, so you’re not actually Coldblood Five! What did you pretend for, that scared me to death! I thought I’d met a killing monster!” Ye Lang gazed intently at Coldblood Five, then immediately denied the person’s identity as Coldblood Five while patting his chest.

Coldblood Five stopped, privately thinking, what fear, your face didn’t even look like a frightened man.

Also, what did he mean by ‘not Coldblood Five’?

“Shoo shoo, if you’re Coldblood Five then I’m Coldblood Thirteen Eagle!” Ye Lang waved a hand, a mischievous look on his face. He continued with, “By the way, the dishes you cooked were not bad. Among women, you’re probably one of the best at cooking.”

Among women? Why would Ye Lang say that?

“Coldblood Thirteen Eagle is a title we use!!” Coldblood Five didn’t take what he said to heart, only mildly elaborated a little.

“Uh…” Ye Lang didn’t expect the group’s name to be a title given to the top thirteen members of the group. It was a title passed down generations too.

And that was why Ye Lang could move around freely. He was a man backed by Coldblood Thirteen, regular folks couldn’t afford to offend them.

However, why didn’t Ye Lang believe the person in front of him to be Coldblood Five?

“Look at this, I am Coldblood Five!” Coldblood Five pointed at the number on the cloak. There was a number ‘5’ on it, and numbers were something people there took seriously.

“Stop pretending, you’ve cooked me a meal already. Oh, right, where do you live? Can I visit in the future?” Ye Lang still refused to believe. He never thought of how seriously they took the numbers on their cloaks, or why the people outside were so afraid if that wasn’t the real Coldblood Five.

“Why would you want to visit?” Coldblood Five asked, surprised.

That was true. This was the reason why Ye Lang didn’t believe that the person was Coldblood Five because Coldblood Five was a girl under twenty, probably even smaller than him.

A girl like this, how could he believe to be the cruel killing monster, the exact person who sent shudders up and down the ranks of the Coldblood Group and specially mentioned by Coldblood Thirteen?

Therefore, Ye Lang concluded, the girl who was radiating violence and anger before his eyes was not Coldblood Five!

“You... How did you know?” the girl looked at Ye Lang, full of surprise. She wasn’t shocked because he suspected she wasn’t Coldblood Five, but because he could guess her age.

Male or female was something anyone could easily guess from body size and voice. The entire Coldblood Group knew she was a girl, and it was public knowledge.

However, since it was public knowledge, no one cared that much. They didn’t tell Ye Lang either, since they didn’t feel it was worth mentioning. 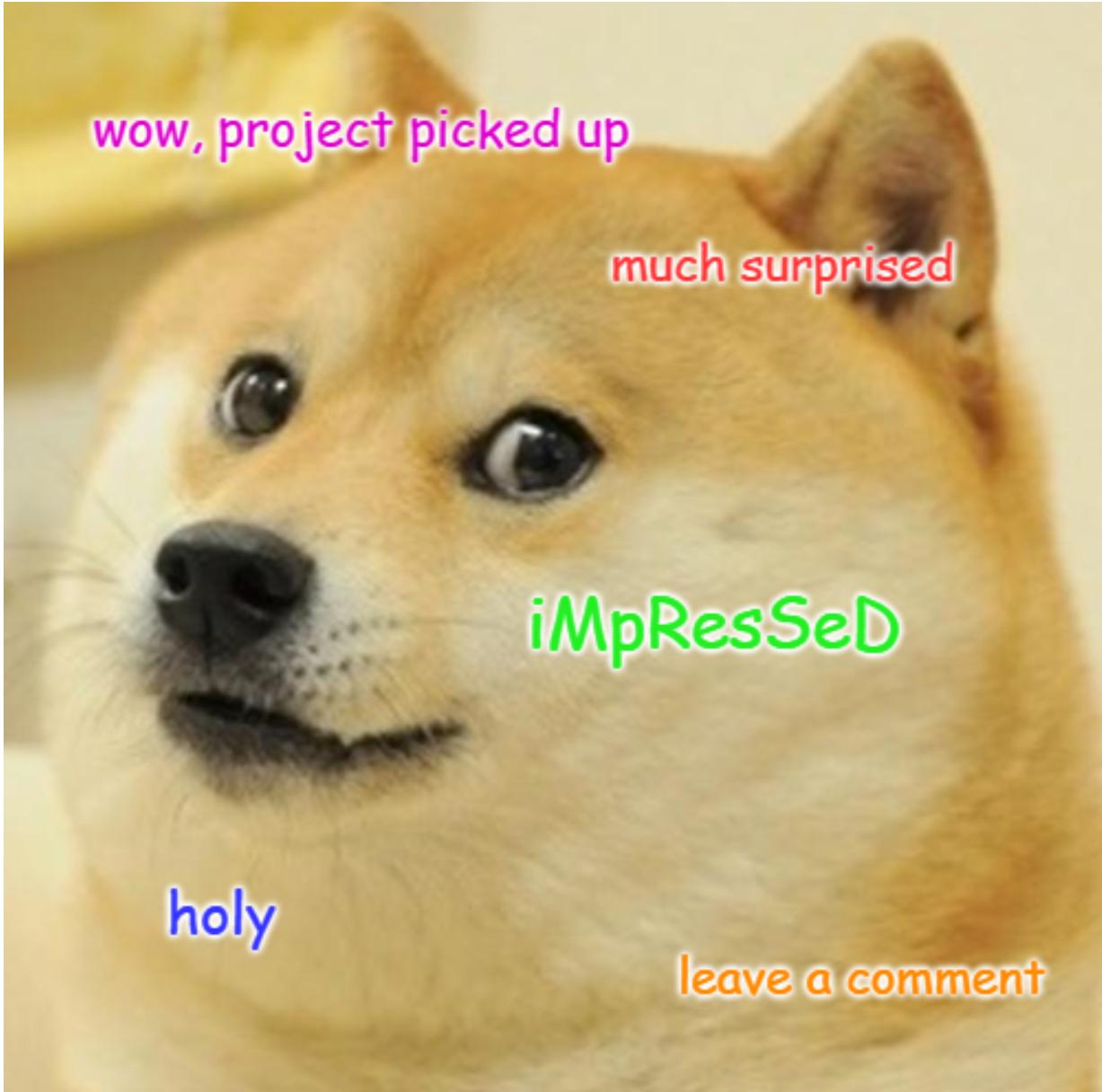 wow. such hard to not use pronouns in this chapter.

Support DOGE and his work The Silly Alchemist